The pantomime in Ipswich was great fun. We ended up going with Clive’s two children, Niamh and Tadhg, and good pals from Harwich Howard and Sue (Howard’s first Panto) and Richard who recently bought The New Bell pub with long-term friends Pam and Kevin. Niamh performed in many pantomimes over the years at Stevenage and Tadhg has been playing drums & percussion for theatre productions and gigs, so both were looking forward to the evening and it didn’t disappoint.

Our neighbor Sean Kingsley had a leading role playing Merlin, who narrated the story as it galloped along, and he and the talented cast all played a variety of instruments superbly, sang, danced, and generally had us clutching our sides with laughter, especially the pantomime dame who was a hoot. Niamh could well have been the youngest in the audience at 19. Oh yes she was!

We all travelled home to Harwich together on the last train, congratulating Sean on his multi-talented performance, which kind of took us by surprise, not that we doubted him. It was great to share together. 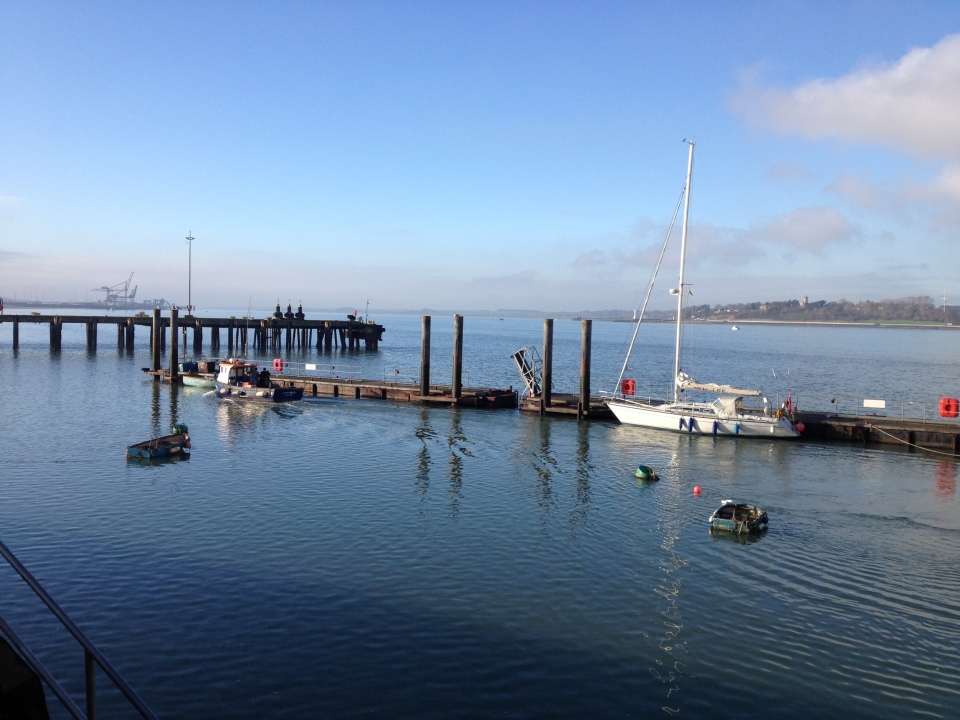 View up the River Stour just before sunset

The following week after two osteopath scrunches and crackles where I felt about two inches taller afterwards, I drove to Worcestershire to see my parents, admiring the daffodils and blossoms coming out unseasonably early en route. After a couple of days of scrabble playing and catching up on news about family and friends, I headed back to Milton Keynes Crematorium for Betty’s funeral. Patsy asked if I would read a poem she’d written for the end of the celebration which was both humbling and an honour. A lovely service delivered in true Rudge style, funny stories, beautiful singing and poems written by grandchildren, well deserved by Betty. As a teenager she spent four years in a Japanese prisoner of war camp in Shanghai during the Second World War, and fled China in 1949 along with all her family and then new husband at the beginning of the Cultural Revolution. There were friends who escaped with her at the funeral, along with their children and grandchildren.

Two days later the ashes were interred at the Catholic Church in Woburn, where the priest had us all in stitches from the off. Not his intention I’m sure. Starting with the accusation we were all nothing but a group of heathen atheists, he proceeded to preach the sacrament to us, lectured about lighting candles, the importance of incense as he wafted it around the small casket holding Betty’s ashes. Oh boy! She’d have laughed too all through. Including the marvelous wake following, it was a great send off by a beautiful family.

Top photo, crocus in my garden and bottom, the jasmine in flower in early January, watched over by our Green Man (made by local artist Gay Gallsworthy)

We’ve been in Harwich for the following few weeks, whilst the series of Atlantic storms reached ‘I’ for Imogen. I’ve continued to make my Reiki infused HeartFelt! brooches and have found an outlet at Mystical Mayhem, Blake House Craft Centre near Braintree (CM77 6SH) where the wonderful Carrie Rowe has recently taken over. There’s also a haberdashers there and a kitchen design place, café, farm shop, etc. Worth a visit.

Some of my new HeartFelt! creations 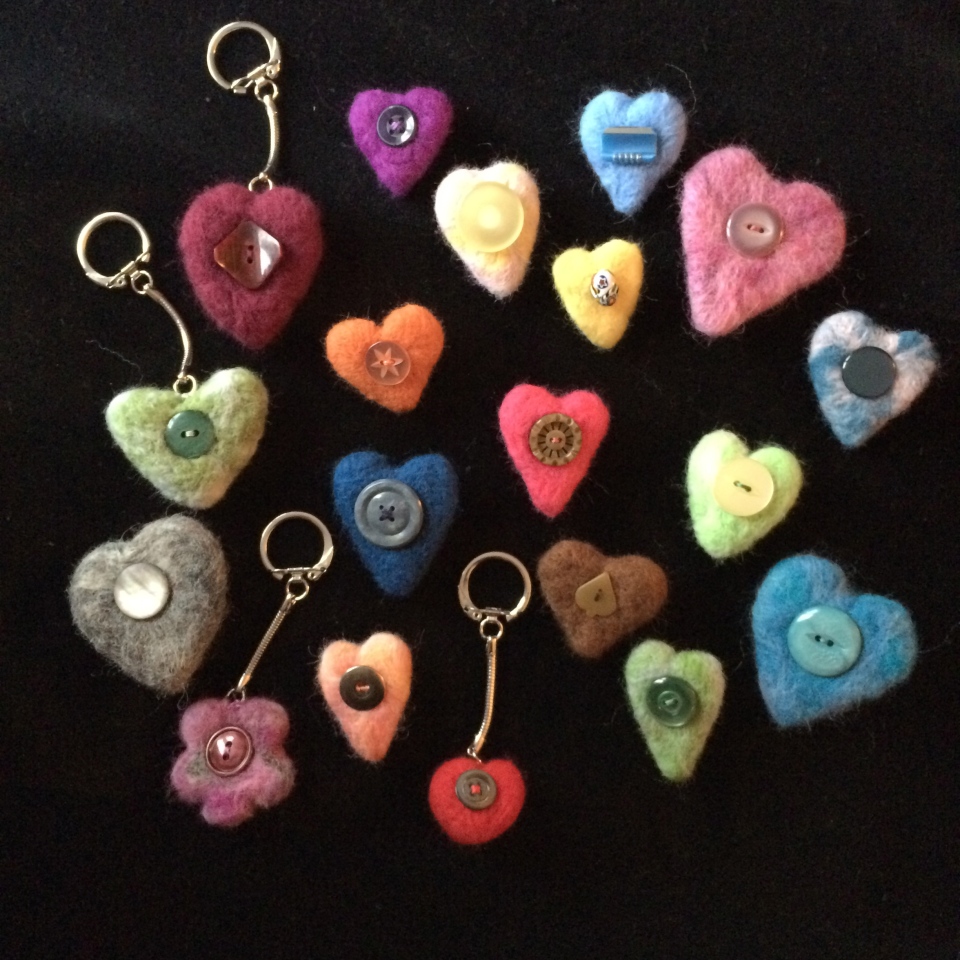 The storm followed by the calm

The crib competition continues and though our team were thrashed by The Hanover a fortnight ago, and lost 6 / 3 in the doubles last week, we bounced back admirably in the singles against the New Bell. I even managed to win all six of my singles games helping us to a 22 / 14 win. Hurrah! I’m not however in Tracy’s good books because we announced we must get back to Dartmouth to make sure Distant Drum and was safe, dry and ropes all secure in all this wind and weather. Clive headed to Frome to catch up with his sister Jackie and got back to Dartmouth last Friday. Everything was good with our boat apart from two badly frayed ropes which he’s repaired. He spent the weekend with both his brothers in Torquay, David helping Jason with installing the under floor heating system, which is taking longer than anticipated – the stuff ironically needs heating up for ease of installation.

We had a last minute Airbnb booking for the cottage for six weeks, which is great. Though I find the process of getting the cottage ready for guests cathartic – I’ve never lived anywhere so clean – the flip side is it can be like a nightmare where you never seem to have completed what you need to do. You think you’ve finished, then you open the fridge and realize you could have a conversation with the vegetable box and the cheese walks out in disgust. Then you remember the microwave as a dust ball wafts across the sitting room floor from under the sofa. You tie up the bin bag tight, then remember you haven’t cleared the ash from the fire place. I keep thinking I’ve got the process down pat, and yet I still only sank into the sofa, mug of tea in hand, shortly before my guests arrived at 6.45pm. Luckily they have a dog and a baby so after three minutes would be unlikely to notice a stray dog hair on the TV remote. I have to say their baby and their dog ‘Tiny’ (a Bernese!) are just gorgeous.

Howard & Sue came to my rescue on Monday evening, opening the door of their new (old) house The Dolphin House, which they’re in the middle of renovating (originally built by Cyprian Bridge I think) inviting me for dinner and to stay the night before I headed back to the West Country on Tuesday. We formed a quiz team The Freezing Dolphins along with other friends Alf & Jeanette – we came third out of four teams, pah! A clear journey all the way home to DD and to another quiz night at the Dartmouth Arms. Clive & I didn’t do badly in any of the rounds, there were eight strong teams (including us of course), though we missed out on the free pizzas this time (aka we lost). My brain is now fired and inspired after two nights of hard graft. Did you know the dot on the top of a lower case I is called a ‘tittle’?

We head to west Cornwall on Saturday, ‘Going to the Dark Side’, according to Andy, the Dartmouth Arms landlord. 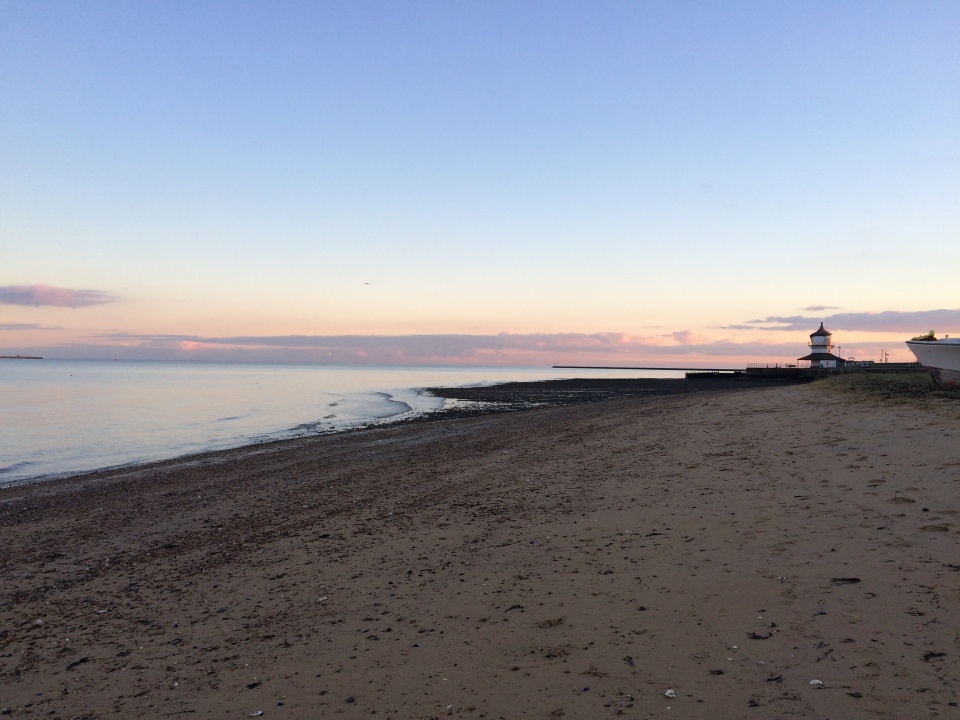 3 thoughts on “Back to Dartmouth”